When two channels are (almost) enough 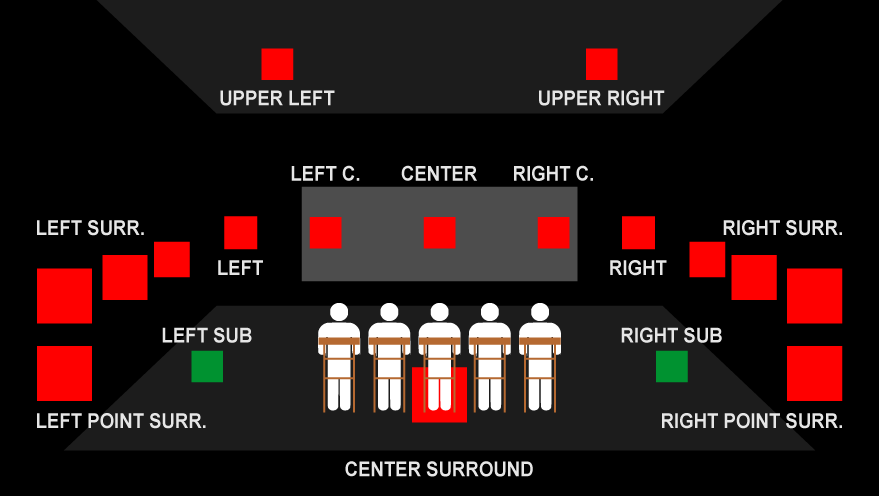 There is a bewildering array of multichannel formats and protocols available, and they are growing steadily: Quad (4.0), 4.1, 5.1, 7.1, 7.1.4 (a la Dolby Atmos), 10.2, 11.1, 22.2, Ambisonics, Ambiophonics, and more still. Many of these formats have emerged as the result of efforts to more effectively sonically immerse the audience in the theatre and cinema world.

Despite the emergence of these formats, two channel stereo is still the most widespread format in use as it is the predominant way in which music is distributed by most streaming protocols, and listened to on earphones and earbuds via smartphones and the like.

Unlike pretty much all other other multichannel surround formats, Ambisonic channels do not represent discrete speaker channels (as in Left speaker, Right speaker, or Centre speaker etc, but rather each channel carries a signal representing a spherical harmonic of increasing order depending on the overall channel count. In its most basic form (First order) an ambisonic sound field covering a 360 degree sphere can be encoded into 4 channels. More detail in the sound field generally requires higher orders (and multiplying channel counts to store and distribute the signals). The topic is fairly dense and quite mathematical, but the interested reader may wish to check the Wikipedia entry on Ambisonics for more detail.

One advantage of Ambisonics is that it is possible achieve basic horizontal surround with only three audio channels, and with four channels it is possible a full-sphere soundfield. Basic full-sphere replay requires a minimum of six loudspeakers (a minimum of four for horizontal). Another additional advantage is that once again, unlike other surround formats, you can, within certain constraints, decode an Ambisonic soundfield to an arbitrary speaker setup. It’s not all pros of course, a first order 2 dimensional sound field can give you a sense of immersion, but it may lack a lot of spatial detail.

Ambisonics has had a recent renaissance

With the recent advent of 360 video